“ An odor is a gas that people notice. Whether an odor is pleasant or unpleasant is very subjective. The odors a particular individual likes or dislikes are largely dependent on that person’s age, body chemistry, personal experiences, and cultural background.” (credit R & R)

Below is a list of techniques to remove unpleasant odors according to the client of the deodorization service. Often the solution will be a combination of the techniques described with source removal being the necessary first step. This could be one product which employs several technical applications. This could also mean a series of steps using the techniques of different products or processes.

Adsorption collects odors on the outside of a surface (think of an air filter). Absorption traps odor molecules inside (think of a sponge soaking up water). Adsorbents are used primarily to remove chemicals, gases, or odors from the air. This used to be commonly done with activated charcoal filters. Industry-designed air cartridges are faster and much more efficient at removing these contaminants.

Absorption is basically where one substance takes in another. Absorbent deodorizers are used to attract moisture molecules that are transporting malodor molecules. They include baking powder, products that are mostly baking powder or zeolite made from minerals. They are also useful in the removal of liquid malodorous contamination such as fuel oil spills and body fluids.

These are specially formulated treatments that bind to and encapsulate odor molecules and hold them. They may also be called absorbers. But, this can be confused with the absorbers described above which are different. The deodorizer must physically touch the odor molecule to bond with it. The absorbing and encapsulating products commonly used in our industry are based on zinc salts. This is 21st-century technology and is extremely effective. Odors are permanently eliminated and will not return if the source of the odor has been removed. 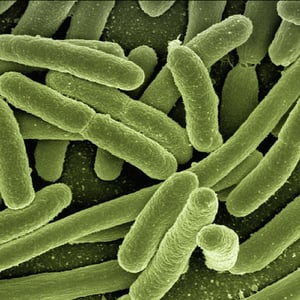 Enzymes can be produced in a lab, but the products used in our industry are often produced by friendly (nonpathogenic) bacteria. They may be called bio-enzymes. The bacteria are living organisms. They secrete an enzyme or combination of enzymes that act as catalysts to speed up the breakdown of protein and other organic material. This digested material serves as a food source for the bacteria. They grow, multiply and produce more enzymes. Thus the system becomes a little factory producing deodorizer.

Because the bacteria are living organisms, they are affected by conditions like temperature and humidity or the presence of any disinfectant or sanitizer.

Protease, an enzyme that breaks down protein, is the most common enzyme but not the only enzyme employed for this purpose. Lipase breaks down lipids (body fats). Amylase breaks down starch and so forth.

Digesters are often used for deodorizing organic matter, such as urine, meat, fish, milk, blood, body fluids, and human or animal waste. The organic matter which is being decomposed by our bio-enzymes would eventually be decomposed naturally. Bacteria off-gas or release unpleasant odors during decomposition. The odor is eventually eliminated by removing the source. The bacteria have nothing more to feed on. Temporarily, the odor may get worse because decay is happening faster.

Biocides and disinfectants use the opposite approach of bio-enzymes. They seek to kill the bacteria that are responsible for off-gassing unpleasant odors. The odors may be eliminated but the source –organic waste – is still present. Eventually, conditions may be right for new bacteria to begin digesting the food source, and thus the odor returns. Disinfectants kill most or all of a broad range of microorganisms. Sanitizers kill enough micro-organisms to reduce the number to a level considered safe. Disinfectants and sanitizers are primarily used to resolve odor problems related to microorganisms including bacteria and mold. 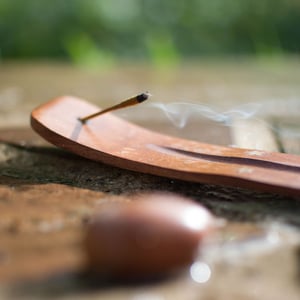 Breaking down organic material that causes odor by adding oxygen*. Some oxidizers are stain removers that are also helpful for odor. Many bleach products, including sodium hypochlorite (laundry bleach), work by using an oxidization reaction to change the odor molecule. Oxidation may be accomplished with liquids, powders, or electronically with an ozone (gas) generator.

*In chemistry, the loss of two electrons is called an oxidation reaction. This has a similar effect to adding an atom of oxygen.”

Some chemicals combine with the malodor molecule and change the properties of the malodor. This transforms the odor’s chemistry into a new non-odorous compound. The pairing agent must make direct contact with the malodor source to be effective. Pairing agents are a general description of any chemistry that changes the molecular structure of the odor molecule eliminating its ability to produce that odor. The molecule that previously produced an odor is changed so that the “key” no longer fits the “lock.” Encapsulating, special fragrances, and oxidizers can be considered pairing agents as they all modify an odor molecule in some way.

Essential oils and odor neutralizing compounds are suspended in a membrane. These diffusers breathe a penetrating dry vapor into the air. This is a combination of pairing agents and fragrances, all from natural sources, which is much safer than using ozone.

Sealing is the process of “locking in” odor molecules by preventing the evaporation of odorous gases. The sealing agent is applied to a surface that has absorbed the malodor to prevent further evaporation into the airspace. Sealing allows some porous surfaces to be safe after they have been exposed to concentrated odors, for example, a fire. Sealants are often applied to wood, concrete, subflooring, duct and ventilation systems, etc..., to prevent wicking of odor contamination.