Stop Wasting Money on Marketing Before Doing These 3 Things

Have you ever found yourself on social media scrolling through the comment section? If so, you're probably familiar with being greeted by a cesspool of vitriolic comments, grandstanding, and bitter diatribes, but sometimes you find something interesting.

This happened to me a few weeks ago. I was scrolling through the comment section on a Wall Street Journal article posted on Facebook. The headline of the article read, "Amazon said "Lord of the Rings: The Rings of Power" drew more than 25 million viewers, marking the biggest debut in the streaming service’s history".

Naturally, I was curious about what people had to say because I had just watched the first two episodes of the season premiere. I'm not a huge Lord of the Rings fan (I'm a huge Star Wars and Marvel fan for the record), but the show piqued my interest for a couple of reasons:

Given these facts alone, I was naturally interested to see what Amazon Prime Video would do with The Rings of Power to try to cement its status in Valhalla as a streaming platform.

As I was scrolling through the comments section, somebody's post stood out to me:

As you can see, the person above commented that the record viewership for The Rings of Power was inevitable due to the enormous amount of PR and advertising that Amazon pumped into the show.

However, somebody beneath them commented that the show's success couldn't be based on marketing alone because if Amazon had made a show about paint drying and spent a huge amount of money on advertising, it wouldn't have had the same results.

And they are right. This commenter was on to something and they are the inspiration for this blog post.

Good Marketing Can Never Make Up for a Bad Product

Some people have it backward. They think that lavishing enough marketing dollars on any service will create a panacea for a bad product or service. But dog poop with enough frosting on it is still dog poop at the end of the day. Good marketing will never make a bad product or service good. Or as the commenter above said, you can't market a movie about paint drying and expect to get a record number of viewers.

Stop Wasting Money on Marketing Before Doing These 3 Things

So yes, as a marketer I am telling you to stop wasting money on marketing done the wrong way. Marketing is arguably the most powerful tool that you have as a business owner, but if you do it wrong you will waste a lot of money or even damage your business.

So how do you avoid marketing the wrong way for your cleaning or restoration business?

1. First, do everything possible to create an incredible offering.

Do you think that Amazon would have ever spent $1 billion dollars creating The Rings of Power if the show was going to suck? I mean, I guess they could have, but that would be a very expensive mistake.

Too often, business owners start a business because they think they have a good idea. These entrepreneurs then rush off and spend their life savings on their idea before even figuring out if people need a service.

Now, in cleaning and restoration people absolutely, need your service, so you don't need to worry about this. What I'm saying is that in order to make your service as good as possible, you have to truly understand your customers. You have to have empathy for them. Until you really understand their needs, you will never understand how to position your services in the best way possible.

Before creating The Rings of Power, I'm sure that Amazon Prime Video did copious amounts of research understanding the appendices of the book, the world of Tolkien and Middle-Earth, and understanding what would delight Lord of The Rings' fans. The producers didn't just decide to go out and cobble together a film over the weekend. 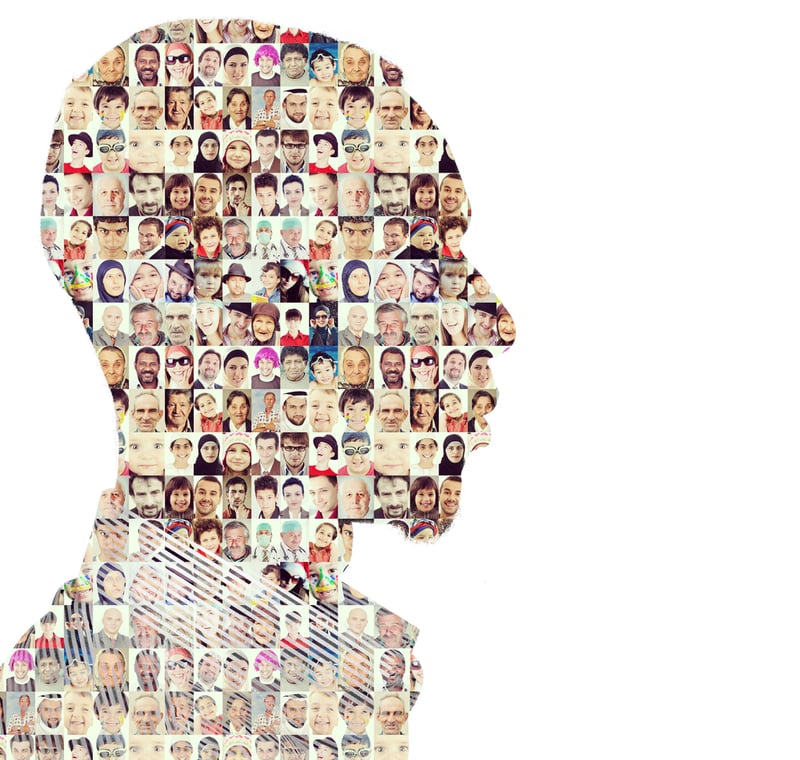 On the comment thread that I shared above somebody also wrote, "LOTR has a existing enormous fan base world wide. I don't even think they over marketed this show but it's own reputation. People have been anticipating it for quite awhile (sic)."

This commenter is absolutely right.

In 2016, Wells Fargo was caught red-handed for its now infamous fake accounts scandal. Wells Fargo Management put pressure on its employees to aggressively open unnecessary accounts. This resulted in the creation of millions of fake accounts to prop up sales numbers. When Wells Fargo's systemic fraud was discovered, the fallout resulted in the ouster of CEO John Stumpf as well as the firing of at least 5,300 employees.

Of course, Wells Fargo wanted to turn the page on this as quickly as possible. As part of their efforts to rebrand, they pumped money into a multipronged marketing campaign. One of these campaign ads proclaimed, "Back when the country went west for gold, we were the ones who carried it back east. Over the years, we built on that trust. We always found the way. Until we lost it."

You can view the ad below.

The ad went on to detail the amazing things that the company was doing to build a dynamic business and improve its customers' financial well-being. In reality, the truth was far less rosy.

In less than two years, another Wells Fargo scandal was uncovered. This time the company had committed insurance fraud, charging at least 800,000 borrowers for car insurance that they didn't need.

Overall, these frauds, among others have resulted in penalties for Wells Fargo to the tune of at least $4 billion over the last 5 years, and a Federal cease-and-desist order that limits its growth to any larger than its financial asset size at the end of 2017, until the company has proved that it can make sufficient improvements.

This is just one of many examples of companies that have engaged in fraudulent or unethical behavior. I'm not saying that people or companies shouldn't be forgiven, but situations like these serve as a powerful reminder that your marketing cannot outrun your reputation.

If you are pumping money into Facebook ads, Google marketing, and Email marketing to get more business, but are burning bridges with your reputation, you can forget about your marketing generating repeat business. How is it going to feel for your customer if they spend their hard-earned money to get their house cleaned if you show up late, don't wear shoe covers, damage their furniture, or are unprofessional? Your customer will just feel like your marketing is full of empty promises.

To make sure that this doesn't happen, you need to align what you say with what you do. When your marketing and the services you offer are in alignment, your business will be unstoppable, and your customer will get exactly what they pay for. Your reputation and your marketing will be inseparable and you will attain the holy grail of marketing: building customer trust and loyalty.

There's no way around this, and if you leave building a good reputation and positive customer relationships as an afterthought then you're just wasting money on your marketing.

3. Stop Trying to Make Everyone Happy

Last week, the live-action Pinocchio movie came out on Disney+. Pinocchio was one of my favorite cartoons growing up, and I was excited to watch it. After finishing the movie, I'm sorry to say that it was only okay, and there were some pretty serious omissions that left me puzzled.

Truthfully, some people are getting sick of live-action Disney movies because they don't capture the magic of the originals. I don't blame these people for their disappointment, but at the same time, I reckon that they don't know what Disney's business strategy is.

This teaches us a valuable lesson: the secret to the most successful businesses is that they always bet on their customers. They do everything to please their most loyal customer base, every step of the way, and their customers swear by them. This type of loyalty is unshakeable.

When you market your services to everyone, you're really marketing them to nobody; you can't please everyone. Instead, do a couple of things really well, and double down on your customers that truly care. Do everything for them. By doing this, you'll attract the right people and signal to the wrong people that your services aren't meant for them.

This is what effective communication is all about, creating a message that resonates with the right people. Your target market will reward you for creating a valuable service, and the people that aren't the right fit for your service will appreciate you for not wasting their time.

The producers of The Rings of Power know that The Lord of The Rings has a cult-like following, and they bet large by creating an epic experience for these fans. If other people come along for this experience that will be great, but what matters is the fans are going to love it.

Your carpet cleaning and restoration business need to market in order to be successful, but marketing is simply wasting money if it is not done the right way.

So in order to ensure that you don't waste money on marketing: